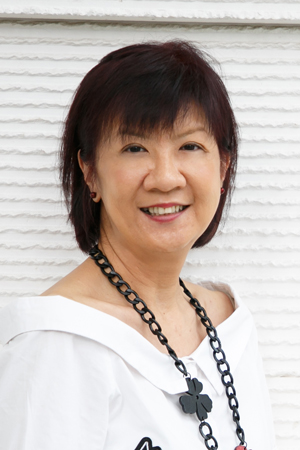 Ai Hooi’s philosophy for choral music and teaching stems from her view that a fulfilling musical journey is one that is filled with sincerity, love and excellence. She uses the creation of music as a platform to share and infuse her values and beliefs in her singers, and inspires them to use the beauty of music to craft experiences that touch the hearts of the audience.

Ai Hooi actively contributes to the growth of the local choral scene, through nurturing younger choral conductors and choristers. On top of conducting several local secondary and junior college choirs, Ai Hooi established ONE Chamber Choir, a young adult choir. ONE entered into a partnership with the Song Lovers Choral Society in 2010 (formerly known as Lee Howe Choral Society), to form its youth wing. In 2017, the choir achieved the 2nd Prize of the Mixed Choirs category at the 15th International Chamber Choir Competition Marktoberdorf 2017, as well as the Special Prize of the Carl-Orff-Stiftung Diessan am Ammersee for the best interpretation of a choral worked premiered at the competition for “The Emigrant” by Wolfram Buchenberg. Recently, the choir took part in the 10th World Choir Games in Tshwane, South Africa and achieved Gold in all three categories they competed in, including Champion of the World Choir Games in the Chamber Choir Category.

She has also been the conductor of the Hwa Chong Institution Choir since 2000 which has achieved numerous accolades over the years, including emerging Champion in the Mixed Choir category at the 5th World Choir Games 2008, achieving the title Absolute Winner (top choir across categories) at the Festival of Songs Olomouc, and the Prix du public (Public prize) at the 2010 Florilège vocal de Tour.

Ai Hooi also co-founded Sourcewerkz PL to further her calling to teach, touch and transform the larger choral community and its audience. To date, Sourcewerkz has organised the Winter Choral Festival in Hong Kong since 2010 and Festival Coros de Verão in Lisbon since 2012, as well as various workshops with international choral clinicians. In 2014, she conceptualised and directed the 1st Singapore International Choral Festival and since then, SICF has played host to over 10,000 choristers and is now in her sixth iteration.

A professional choir director, Jennifer is best known for her work with the Singapore Youth Choir (now the SYC Ensemble Singers), which she has directed since 1986. Her training as a composer at the Simon Fraser University (Vancouver, Canada) has led her to explore and re-define the choral idiom through her work with the SYC and in the Singapore school choir scene. In her hands, the SYC has earned a reputation for being the composer’s choir, malleable to the demands of contemporary choral music, as well as won several prizes and awards.

Jennifer is also Artistic Director of the Young Musicians’ Society (YMS), which runs the First Aid for Choirs and Conductors workshop series as well as the Kodaly Seminar Asia for music pedagogues and choir conductors in collaboration with the Kodaly Institute of the Liszt Academy of Music (Budapest, Hungary). The Society also houses the Magnetic Band, the contemporary music ensemble responsible for premiering the work of modern music icons, and engaging both professional and amateur musician in growing music more organic to our soil.Jennifer was Artistic Director of the Asia South Pacific Symposium on Choral Music (Singapore, 2001) and on the Artistic Committee for the 7th World Symposium on Choral Music (Kyoto, 2005). An elected Board member of the International Federation for Choral Music, Jennifer helps coordinate the Asia Pacific Working Committee as well as the Asia Pacific Youth Choir.

Jennifer has chaired and spoken on panels at conferences in Singapore, Sweden, Estonia and Denmark, and was principal lecturer at the 2008 Lithuanian Conductors Summer Academy, hosted by the Lithuanian Choral Union and the Ministry of Culture. She has taught choral conducting at the Nanyang Academy of Fine Arts and given workshops and short courses to conductors at home, in Japan and Indonesia. She is on faculty at the Kodaly Seminar Asia where she teaches conducting and leads the Morning Sing. Last year, she presented lectures and reading sessions on Singapore choral history and music at symposia in Croatia and USA; and on international youth projects in China.

Jennifer has been on competition juries in Austria, Germany, Japan, Korea, Malaysia, China and Indonesia; and represents Singapore on the World Choir Council. She recently served on jury at the 7th World Choir Games (Cincinnati, USA) and the 11th China International Choral Festival (Beijing, China).

Jennifer is an inaugural recipient of Young Artist (Music) Award, given by the National Arts Council (NAC) and serves on various advisory panels for the NAC and the Ministry of Education, Singapore. In 2011, she was awarded for “Artistic Excellence” by the Composers and Authors Society of Singapore. Most recently, she was conferred the Cultural Medallion, the nation’s highest arts accolade, by the President, Republic of Singapore, for her contribution in shaping Singapore’s cultural landscape. 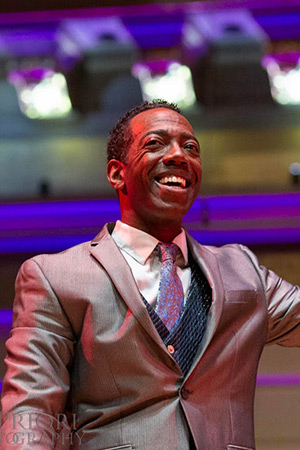 Dr. Anthony Trecek-King has cultivated an international reputation as a choral conductor, scholar, pedagogue, and media personality. He is passionate about cultivating artistically excellent ensembles that explore socially relevant issues through emotionally immersive programs, challenging both artists and audiences to feel and think. Dr. Trecek-King has recently been appointed as both an Associate Professor of Choral Music and Director of Choral Activities at The Hartt School, University of Hartford and a Resident Conductor with the Handel and Haydn Society.

He has led performances in world-renowned venues including Boston Symphony Hall, the Kennedy Center in Washington, D.C., Carnegie Hall in New York City, Royal Albert Hall in London, and the Sydney Opera House. In addition to his conducting work, he is currently the host of the classical radio show “The Silent Canon” which airs on KNVO 90.7. He has also be seen on-air and online on the Emmy nominated WGBH television series Sing That Thing, and two TEDx Boston talks.He holds a B.M. in Cello Performance from the University of Nebraska at Omaha, an M.M. in Orchestral Conducting from the Florida State University, and a D.M.A. in Choral Conducting from the Boston University. He currently lives in the Boston area with his partner Melanie (of Thinking is Power) and their cat. 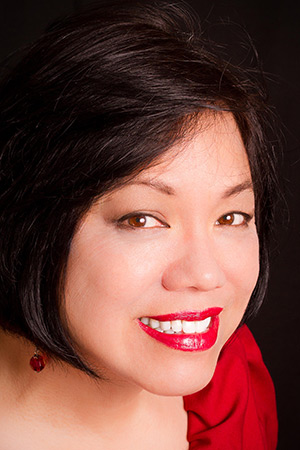 Jing Ling-Tam is Professor of Choral and Vocal Arts at the University of Texas at Arlington. She has garnered international recognition in North America, Europe, and Southeast Asia. A brilliant conductor, Ling-Tam has conducted in twenty countries and in over forty states in the US, as well as at numerous ACDA national and divisional conferences. An innovative and charismatic clinician and master teacher, she is regularly featured at international, national and regional choral conferences.

As Director of Choral Studies at the University of Texas at Arlington her choirs performed at national and regional ACDA conferences, the Texas Music Educators Association Conferences, and concertized in the US, Mexico, Canada, Taiwan, Hong Kong, Macau, and Austria. Ling-Tam served as Associate Conductor, Chorus Master, and Principal Coach Pianist for the Ft. Worth Opera Association for sixteen seasons and was on the faculty at the American Institute of Musical Studies (Graz, Austria) for eleven summers.

Ling-Tam’s recent credits include conducting the Taipei Symphony, the Coro de Madrigalistas of Mexico, and presenting workshops and lectures for the Chinese Choral Directors Association (Beijing) of China, Festival 500 (Newfoundland), Salzburg Pedagogical Institute Winter Workshops, Australian Choral Directors National Conference, Lithuanian Choral Directors National Conference, and the Alberta Music Educators Conference. In demand as a juror, she has judged international choral competitions in the United States, Singapore, Hong Kong, China, Canada, and Austria. Professor Ling-Tam resumes her teaching duties at the University of Texas at Arlington this fall after completing a one-year appointment as Visiting Professor at the National Taiwan University of Arts. In 2020, she is scheduled to conduct in Alaska, Texas, Alabama, Taiwan, and China. Alliance Music of Houston, Texas publishes a choral series in her name. 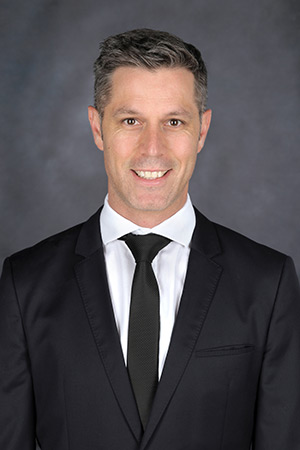 In 2017, Tuks Camerata was invited to perform at the World Choral Symposium in Barcelona, Spain. The choir has released four CDs, three that were nominated for South African Music Awards.

Michael is an active composer and arranger whose music is published internationally by Santa Barbara Music Publishers and Walton Music. He is regularly invited to present workshops and adjudicate choral competitions both locally and abroad. He is also the executive director and co-producer of Capital Singers, South Africa’s largest community choir project and the conductor of The Chamber Singers – one of South Africa’s most sought after adult ensembles.